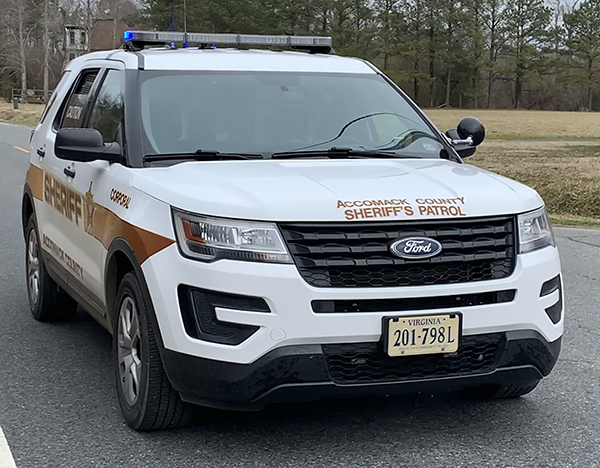 An Exmore man is in jail with bond denied after he was charged in connection with a shooting in Melfa early Saturday.
According to Sheriff Todd Wessells, on December 4, 2021 at approximately 12:37 a.m., the Accomack County Sheriff’s Office received a report of gunshot victim in the 29000 block of Lankford Highway in Melfa.
While deputies were enroute to the location, they were notified that the victim was being transported to Riverside Shore Memorial Hospital and that the suspect was with the victim and possibly was armed.
Upon deputies arrival at the hospital, they observed a 23-year-old woman suffering from multiple gunshot wounds. She was flown to Sentara Norfolk General Hospital and was listed in critical condition.
An investigation into this incident led to warrants being obtained for Jaylon Calvin Harmon, 22, of Exmore, for aggravated malicious wounding, use of a firearm in the commission of a felony, possession of a firearm by a convicted felon, child abuse/neglect, and reckless handling of a firearm causing serious injury.
Harmon is currently incarcerated in the Accomack County Jail with bond denied. No other suspects are being sought for this incident.
The Accomack County Sheriff’s Office was assisted by the Onley Police Department.
Anyone with information on this or any other crime is asked to contact the Accomack County Sheriff’s Office at 757-787-1131 or 757-824-5666 or tips may be submitted at accomackcountysheriffsoffice.org