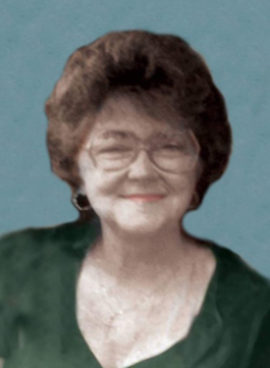 Mrs. Janet Catherine Janos, 79, wife of Frank Janos and a resident of Quinby, passed away Sunday, Dec. 16, 2018, at her residence. A native of Atlantic County, N.J., Mrs. Janos was a retired upholsterer and was a lover of family, music and sewing.

She is survived by a son, Paul Champion and his wife, Mary; a daughter, Jannette DeStefano and her husband, Mike; a grandson, Michael P. DeStefano and his wife, Melissa; a brother, Robert Noll; three sisters, Maryann Whitehurst, Patricia Miller and Jean Perla; and many nieces and nephews.